* * * A petty jealous and cowardly rating basher seems to feel the need to give most of my mods a one star rating as soon as I release them. I don't blame potential mod users for using ratings as a guide for downloading, but you will have to take a chance on not missing out on some things that you might enjoy and judge for yourselves. * * * ABOUT - Club Malibabes will put more sexy female characters dancing at the Malibu Club and changes the "YMCA" line up on the stage to Candy Suxxx, Mercedes, and three ped characters. There are three surprises upstairs in the office as well. About half a dozen male characters were left just for the sake of diversity. USAGE - Because this mod adds more objects (characters) to the game and stores the locations in all save files, you MUST start a new game if you use this mod! If you install this mod and then try to load an existing save game the game will freeze up/crash/lock up either while loading on start up or when you enter the club! There are mods around that edit save games to work around this by changing object locations but I have never used one and I doubt if one would work in this case. You do not need CLEO or ASI intalled (I am not even sure what they are or do, I think that they are script libraries) to use this mod. Any other mods that overhaul the game scripts (main.scm), particularly scripts that affect the Malibu Club, are likely to have issues with this mod. DISCLAIMER - I do not consider myself to be an expert script writer and more knowledgeable scripters would probably pick apart what I have edited, but I have used this mod for a long time, probably for a year or longer, from the start of the game through the finale mission - which includes the "Bank Job" missions, and have not had any problems or issues. INSTALLATION - Store a back up copy of your Vice City data file "main.scm" and put the one that came with this mod in place of it. That's it, done deal. RECOMMENDED MODS - I got the idea for this mod as a means of checking vertice group assignments in dancing animations for the HD reworked female models that I have edited. If you would like the eye candy at the club to be even better than the game default models then try one of these mods: Vice City Vixens VC S.A.W. (San Andreas Women) Conversion CONTACT - Notify me of any issues or send feedback by PM or email at [email protected] Enjoy the eye candy MM 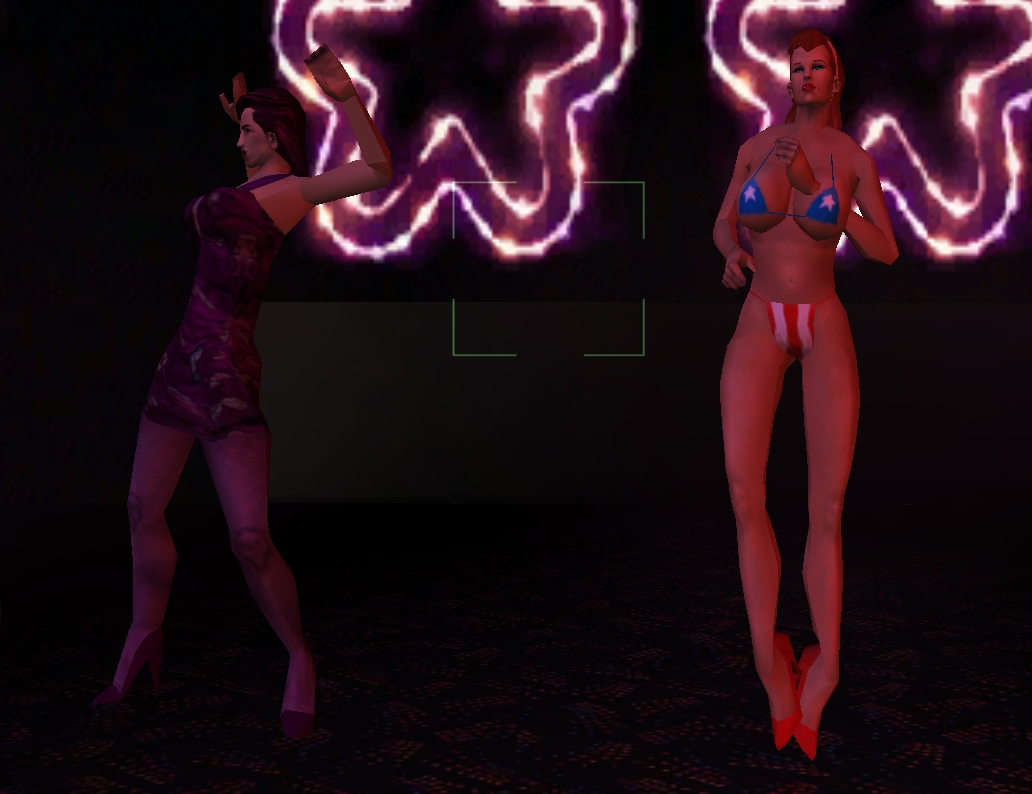