Script Description: Based off of HippieCommunists Kick.CS script, simplified and more reliable (Half the time when I tried to kick it wouldn't do it at all with his.) and simplified. It now also allows you to kick objects depending on their mass (Used a bit of code from the PickupProp.CS script.) as well as kick peds. Random damage done to ped when kicked as well as a slight boost to the Z axis to kick the ped up in the air. Includes: Realistic - About the equivalent of how Niko would kick something. (Good for videos) Spartan - Exaggerated kick force. (Good for messing around) Super Human - Really exaggerated kick force. (Good for destroying cities underneath your foot) Credits: HippieCommunist for the idea and very small portions of the code. Known Bugs: Spamming G can cause errors Changing the timescale of the game doesn't affect the time at which force is applied so if you use SNT or the console to change the speed, the animation will be de-synced. It can be fixed but it makes the script more prone to messing up because of the way it checks for cases (GetAnimationTime would be involved but because it's in an if statement it wont always be executed.) Version 2 Additions: Player can now kick vehicles. Fixed a few bugs with jumping and conflicting animations. 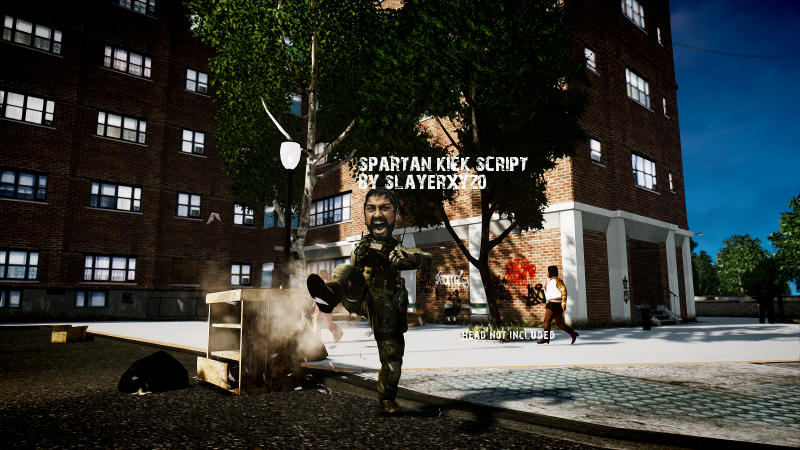