Taxicall: Tommy calls a taxi with his cell phone wherever he is. You can choose between a taxi and the P. Stretch Service. You can also choose now between 4 destinations and skip the ride if you want, Little John the biker comes now by ANGEL to everywhere, Tommy calls him with his cell phone, he becomes your shooting friend. Now you can tell him to go crazy or to stop and get back to normal. Bustravel. Follow the bus icons in the map 3 Stations (express bus) Food needed to live and you can also call the Pizzaboy to the Villa or to Ocean hotel, he brings you the PIZZA anytime you need If Tommy is busted he begins in the cell but this time he is overseen by cops and they shoot if you want to escape, now also other prisoners there. You can call your lawyer to come and deposit the bail and get you out. Hilary doesnt die in the bank mission he kills the swats and is always in Malibu dancing with Village people, Mercedes always in Pole position dancing Bikerbang in Starfish island. Tommy drives with 5 bikers to the army base for a little war Vipbang in penthouse behind Malibu after final, 5 VIPs follow you After bridges are open you find the special swat in the airport that will shoot in the loadingspace of the barracks, start Vigilante missions and he will clean up the crime Vipbang 2 Cortez, Lance (had some trouble and doesnt look very well) and Ken in Washington Beach, now Cortez also talks After final mission you have completed 100% and the original bodyguards are in the Villa Hunteraction After mission SIR YA SIR you can always buy an indestructible hunter in the Starfish Island Walton A.kick after the bridges are open you can blow up the city with Ken, he will drive the Walton around the City, you can choose between normal and turret mode. Tommy can drink in Bar of ocean hotel or after the biker missions in the bikerbar And new people in the bar who are always good for a brawl, you can also get food in there You will never be wanted if you wear police uniform (a better no wanted feature) but if not on a mission, cop outfit in front of the police station, also any time you enter the police station as a cop, you get a deputy and the city is full of criminal peds, you can play sheriff Almost all abilities are activated from begin Some changed missions and you also get bodyguards automatically in some missions for more action A paradise of guns in the army station just next to the entrance of the base After final vercetti gang will have hardcore weappons New hard weappons in the villa, all things will be delivered after missions If you save in Hymond house in Downtown the time is set to 8 pm to compete in the stadium Enter the bank from begin and you can find lot of money in the safe which you reach over the lift but its overseen by the army. And there is also another new way to assault the bank, so if you need money visit the bank After mission Supply and demand all street races available also by making a Phonecall star-camera improved and follows the player also Tommy can sit down (a more realistic siting down) New Phonecalls and other things which were cut out from the game Tommy talks by pressing some keys and some more Hotring race cars are available on streets and also in some street races And some more like Ken drives you through the shooting area 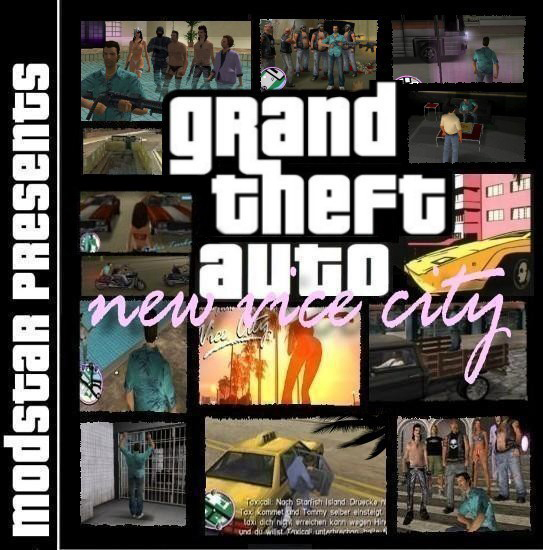