Imponte Highway Reaper by JoeVK --------------------------------------- First things first: I initially planned to make this a GTA replica of Toretto's red Charger Daytona in F&F6, but decided to make a GTA replica of a stock Daytona/Superbird instead. At this point, I have absolutely no plans on making the F&F6 version. Zip. Zero. Zilch. Nada. So don't ask. Anyway, I recently came across a Dukes modified to resemble the Roadrunner Superbird/Charger Daytona, made by someone named Spartan112. I liked it, but found a few things that could use improvement. After checking it out in Zmod2, I decided to start over with an original Dukes. The only parts carried over from Spartan112's mod were the headlight glass and nose, but even those were modified. Changes made: ------------- Remodeled about 75% of Spartan112's nose mesh in order to get it to fit properly. Added the V Phoenix's huge rear wing. (probably what Spartan112 did as well) Replaced the headlights and front indicators with ones from TBoGT's Bullet. (a little nod to the F&F6 Daytona) Replaced the wheels with Sabre Turbo wheels. Replaced the side pipes with a dual exhaust system. Added the front fender vents. (originally the rear scoop extra on the IV Turismo) Added colorable (CLR:4) "Imponte" script to the sides of the rear. Extras: ------- Six-pack-style hood scoop Shaker-style hood scoop The original rear window louvers A roll cage borrowed from the V Sabre Turbo, complete with hood pins and a fuel cell in the trunk. Sorry, no big blower poking through the hood. I was originally going to keep it, but it didn't look right on the car. Bugs ---- When the car is painted all one color the "Imponte" script in the stripe is slightly darker than the surrounding paint. It's not noticeable far away, but up close you can see it. I tried to fix it, but it's as good as I can get it. 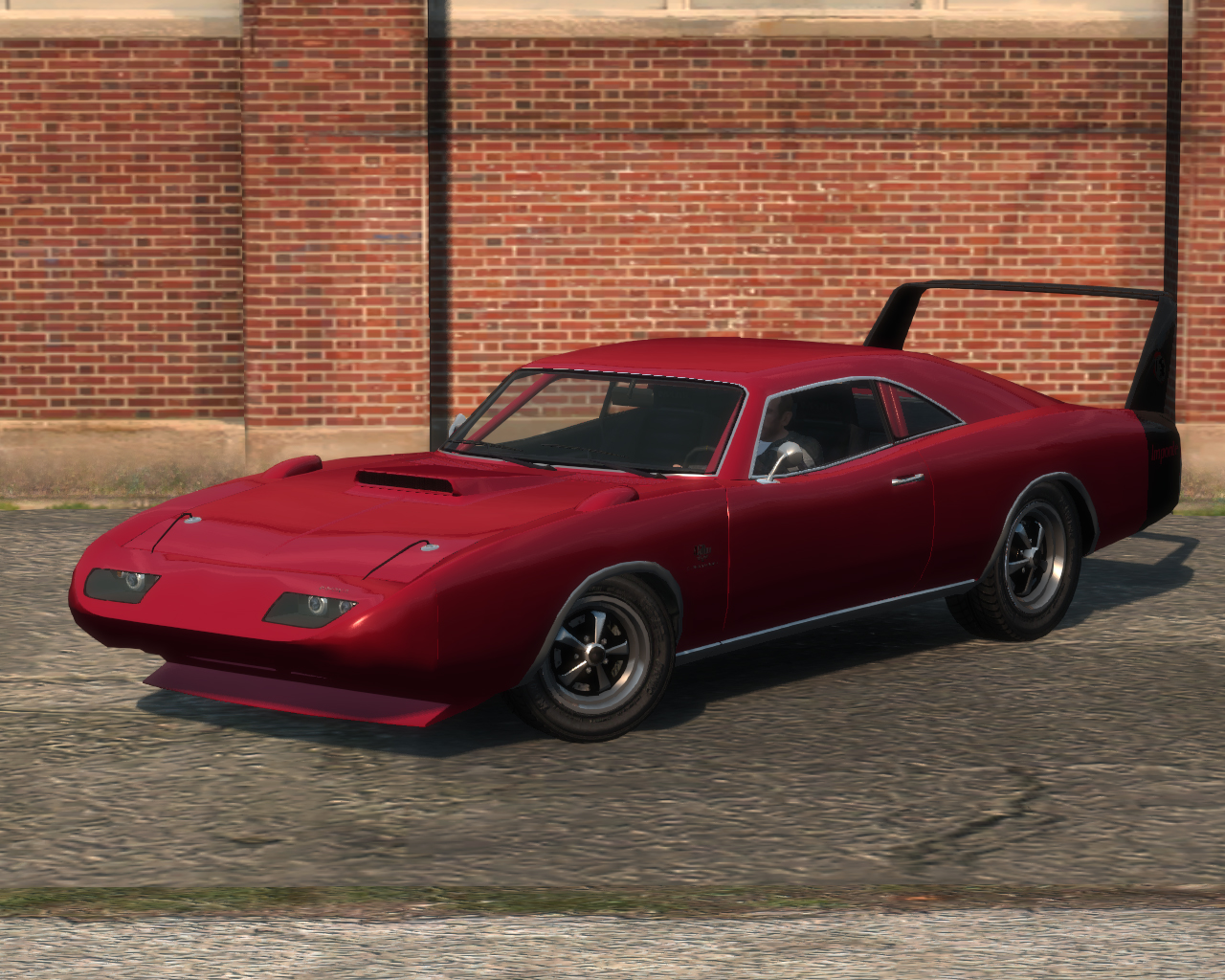 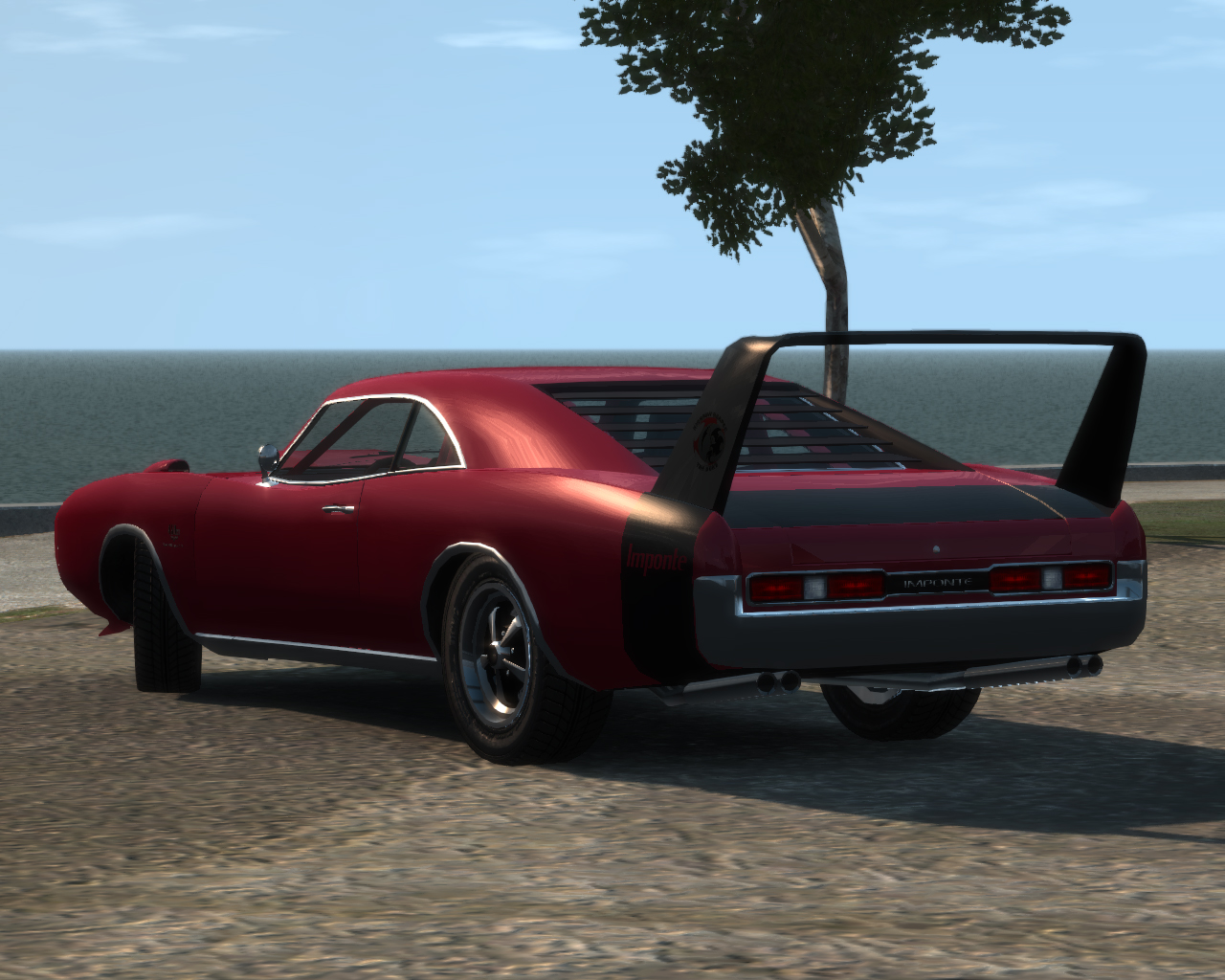 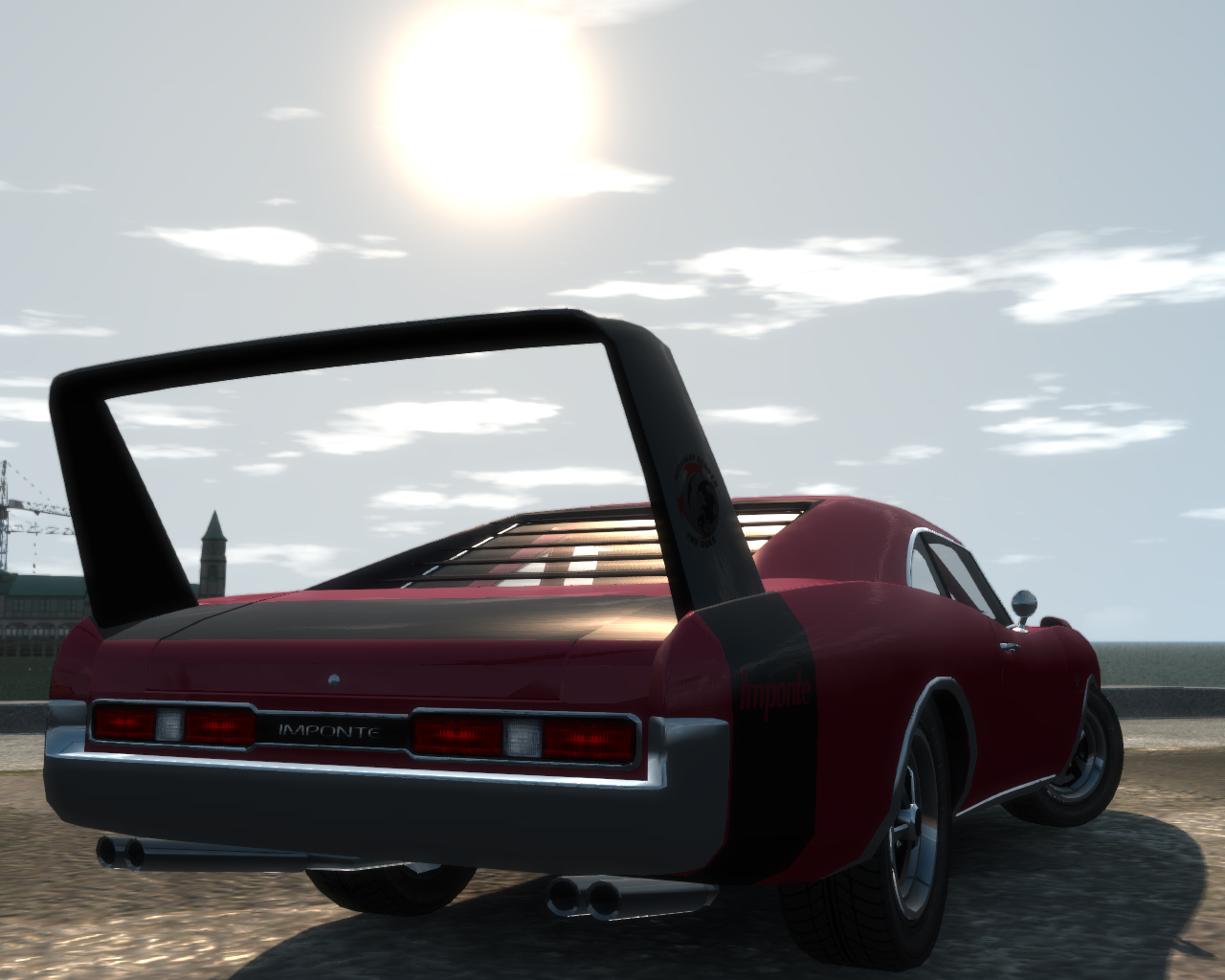 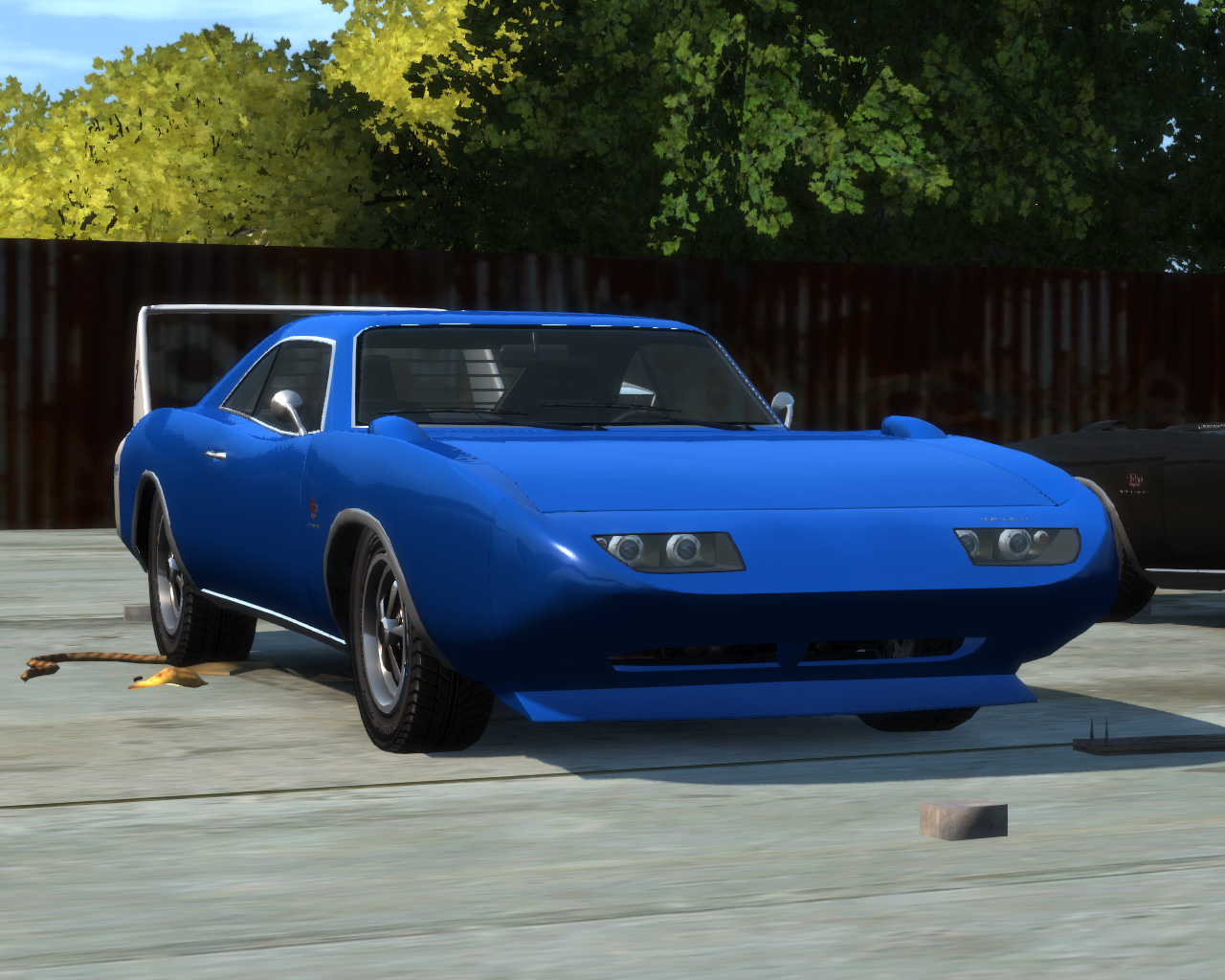 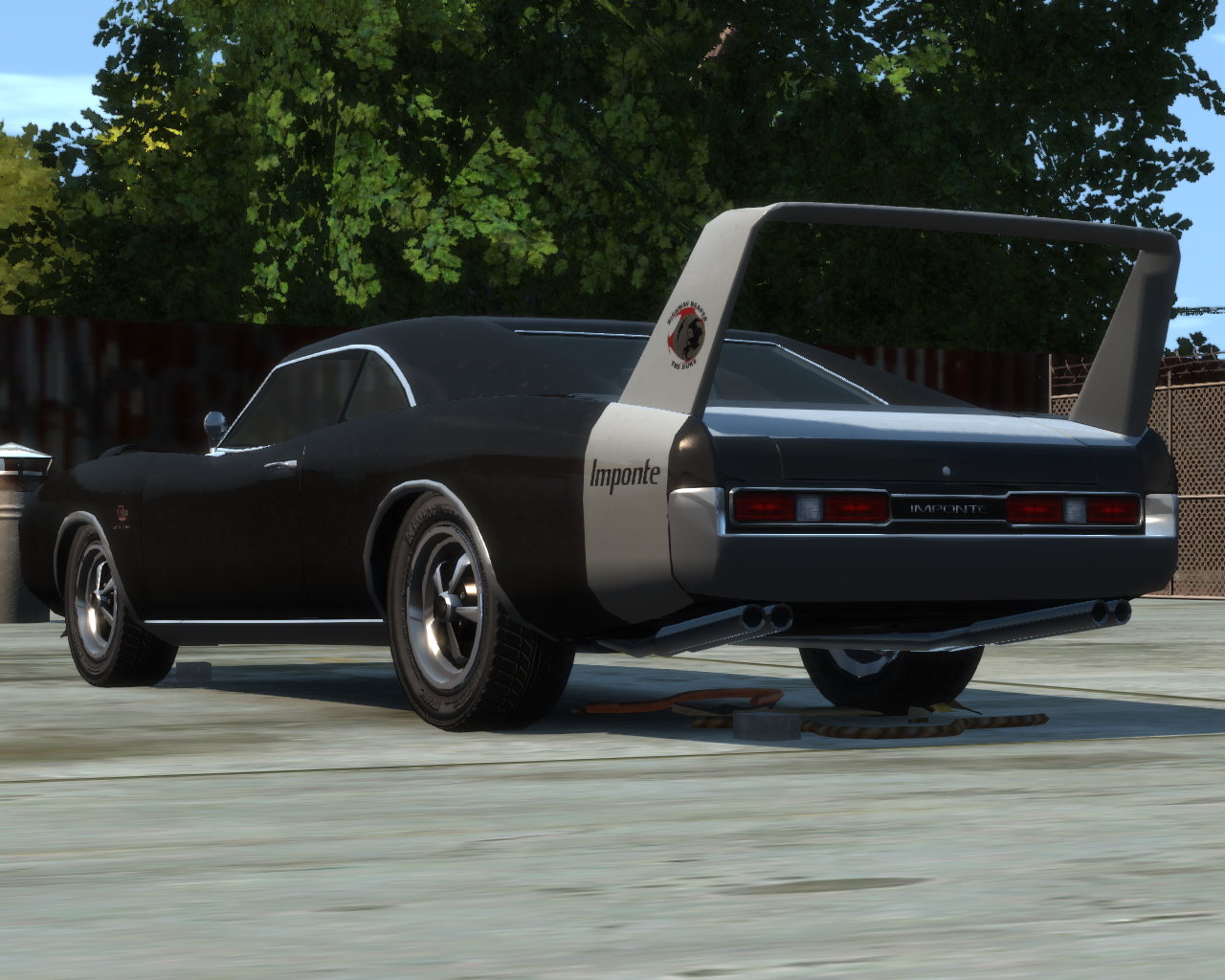 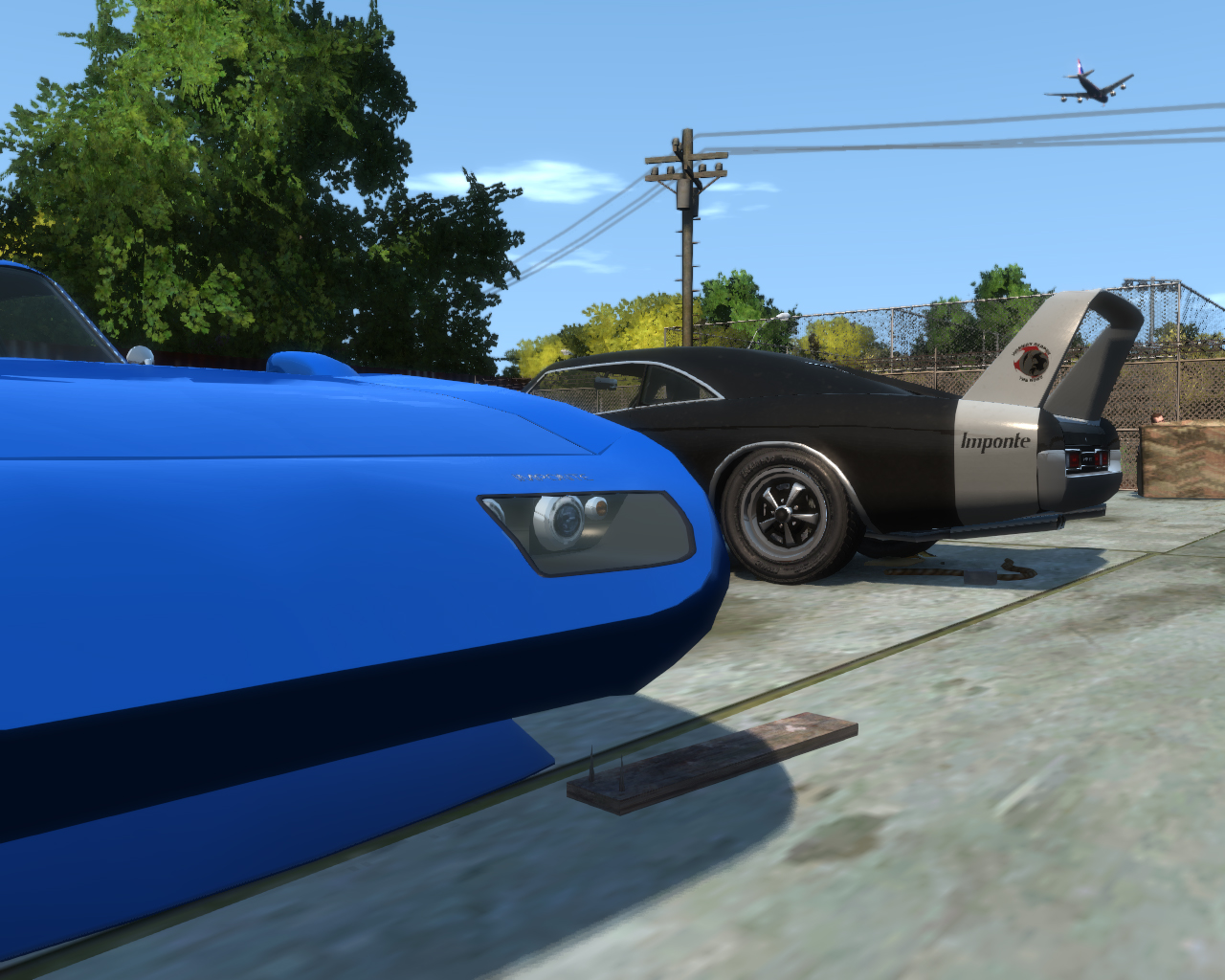 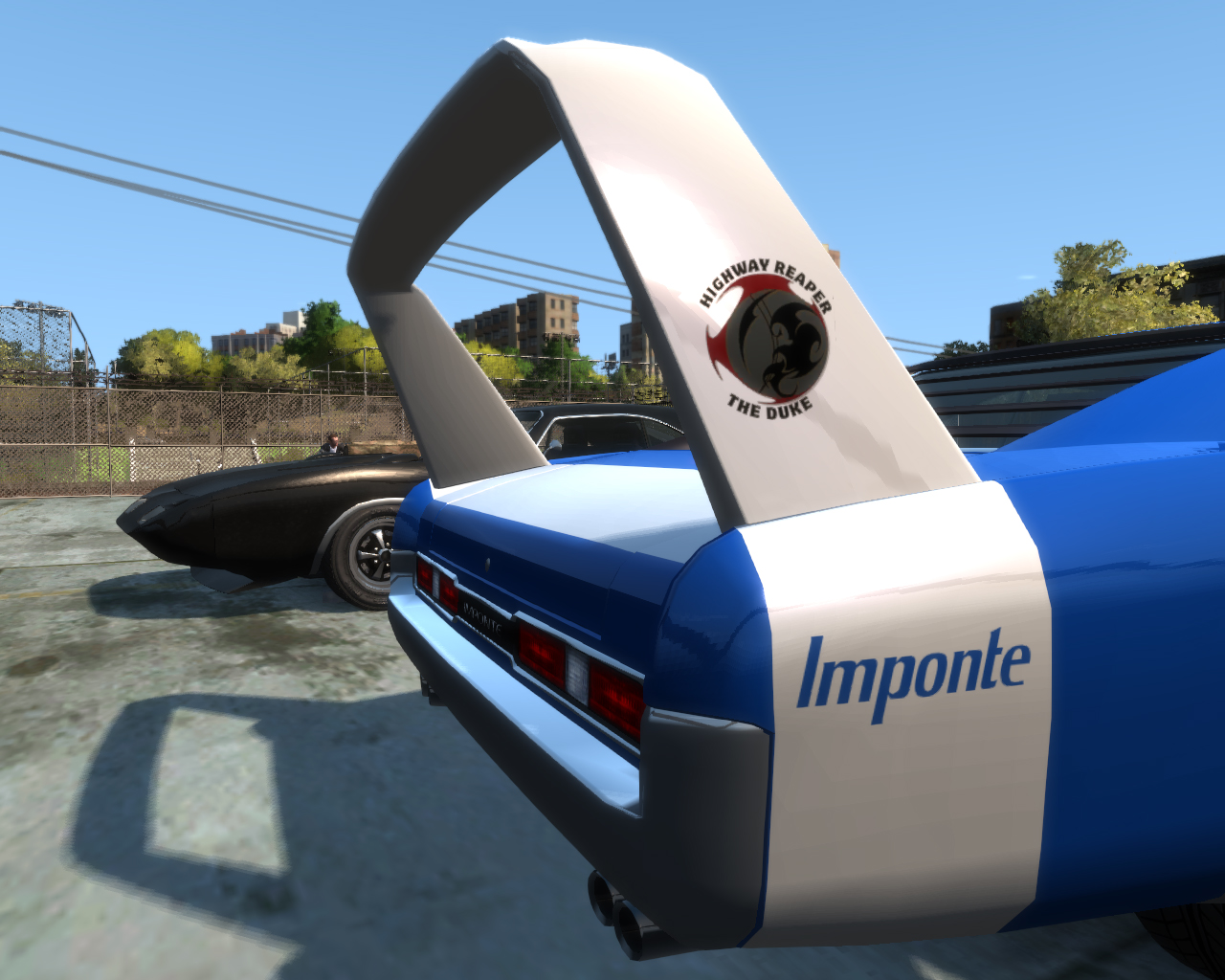